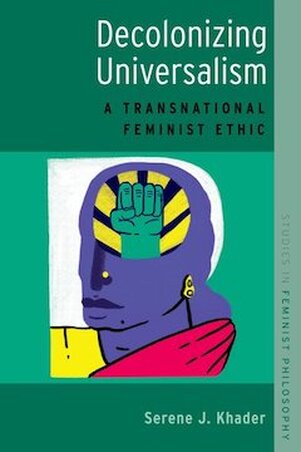 ​​Decolonizing Universalism argues that feminism can respect cultural and religious differences and acknowledge the legacy of imperialism without surrendering its core ethical commitments.

"This is the book that we have been waiting for. Serene Khader explains how to be an anti-imperialist feminist without retreating from judgment or attempting to stay 'local.' Careful and balanced but powerfully argued, this is an absolute must for everyone concerned about gender-based oppression around the world." — Linda Martín Alcoff, Hunter College and the Graduate Center, CUNY

"This is an important and timely book. Khader argues that we can identify what is wrong in sexist oppression without thereby committing ourselves to a singular blueprint for what is right. In doing so, she offers a compelling way out of a current feminist impasse, one that has been particularly pressing for a transnational feminism seeking to avoid the universalising imposition of one cultural narrative. Her argument about the transition costs of challenging oppression is especially persuasive, as is her critique of 'independence individualism,' and the book combines rigorous philosophical argument with carefully contextualised examples." — Anne Phillips, London School of Economics and Political Science​ 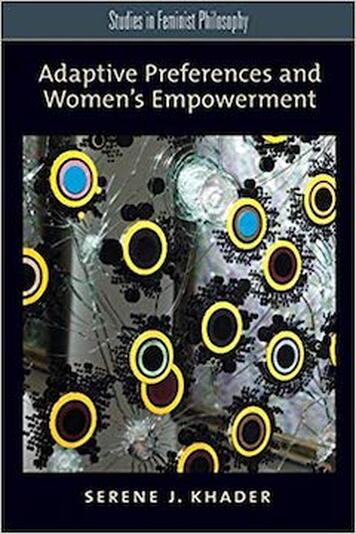 ​Women and other oppressed and deprived people sometimes collude with the forces that perpetuate injustice against them. Women's acceptance of their lesser claim on household resources like food, their positive attitudes toward clitoridectemy and infibulations, their acquiescence to violence at the hands of their husbands, and their sometimes fatalistic attitudes toward their own poverty or suffering are all examples of "adaptive preferences," wherein women participate in their own deprivation.

"Serene Khader's book on adaptive preference is a book that should be read by anyone interested in oppression and how to struggle against and overcome it...This book offers many useful insights about how to determine whether choices are due to oppressive conditions through the mechanism of adaptive preference. It also usefully explains and categorizes the variety of definitions of and objections to adaptive preferences. Khader's account of deliberative perfectionism and how it can enable respectful transformations of preferences among the oppressed is an important intervention in the literature on development ethics. The book warrants a careful read by anyone with interests in global ethics and feminist intervention." — Anne E. Cudd, Notre Dame Review of Books 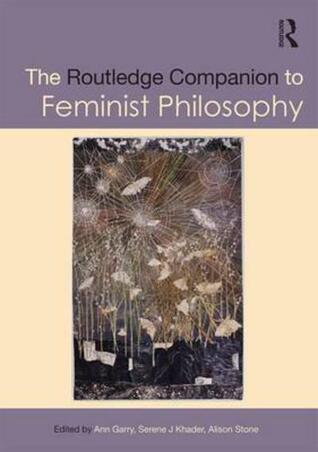 This companion is a guide and reference source to the key topics, subjects, thinkers, and debates in feminist philosophy. Fifty-six chapters, written by an international team of contributors specifically for this volume, are organized into five sections: (1) Engaging the Past; (2) Mind, Body, and World; (3) Knowledge, Language, and Science; (4) Intersections; (5) Ethics, Politics, and Aesthetics. The volume provides a mutually engaging representation of the several philosophical traditions that contribute to feminist philosophy. It also foregrounds issues of global concern and scope; shows how feminist theory meshes with rich theoretical approaches that start from transgender identities, race and ethnicity, sexuality, disabilities, and other axes of identity and oppression; and highlights the interdisciplinarity of feminist philosophy and the ways that it both critiques and contributes to the whole range of subfields within philosophy.
​
"This is an amazing volume, representing a staggering range of views, methodologies, and traditions." — Jennifer Saul, University of Sheffield

"If feminism is to do justice to its claims of inclusiveness regarding the thought and lives of women, then it needs to be mindful of its own exclusionary past, its practices of gatekeeping and romantic claims about sisterhood. The Routledge Companion to Feminist Philosophy, conceived as an interdisciplinary, historical and conceptual collection of essays written by an array of thinkers versed in both the analytic and continental philosophical traditions, aims for a more critical, more inclusive feminist theory and practice."
​— Mariana Ortega, John Carroll University